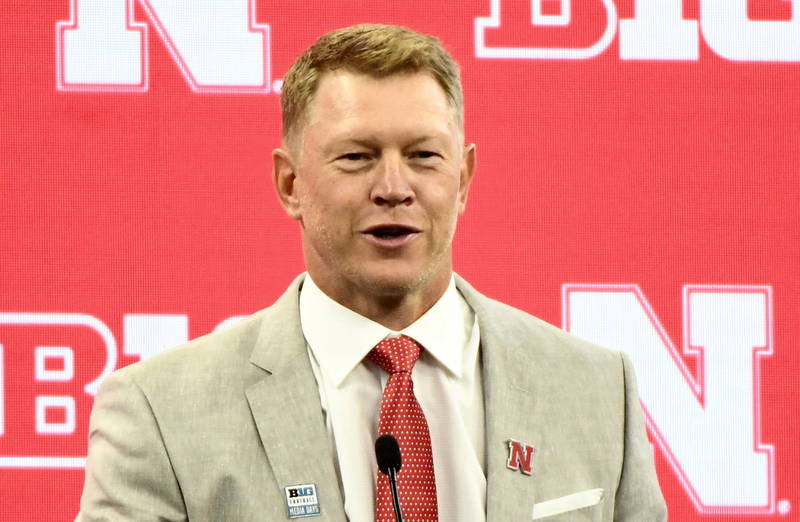 “Without a doubt, this is the most excited I’ve been about our team and the most confident,” Nebraska football coach Scott Frost said Thursday at Big Ten Media Days in Indianapolis.

Frost is entering his fourth season and has yet to post a winning record. With that in mind, he said the Huskers would need to “earn whatever respect we get. So far, we haven’t done enough of that.” (A Big Ten media poll this week picked Nebraska to finish fifth in the West Division.)

Frost said he’s “excited” about the recent hiring of Trev Alberts as athletic director and thinks fourth-year quarterback Adrian Martinez is “the most comfortable I’ve seen him in who he is, the most confident in his talent.”

Watch Frost’s full remarks at the podium below, and scroll down for complete coverage. Frost will have more to say when he sits down with reporters after noon and when he’s on the BTN studio set at 1:15 p.m. CDT.  Also representing the Huskers in Indianapolis are tight end Austin Allen, defensive lineman Ben Stille and safety Deontai Williams, who will be on BTN about 3 p.m.