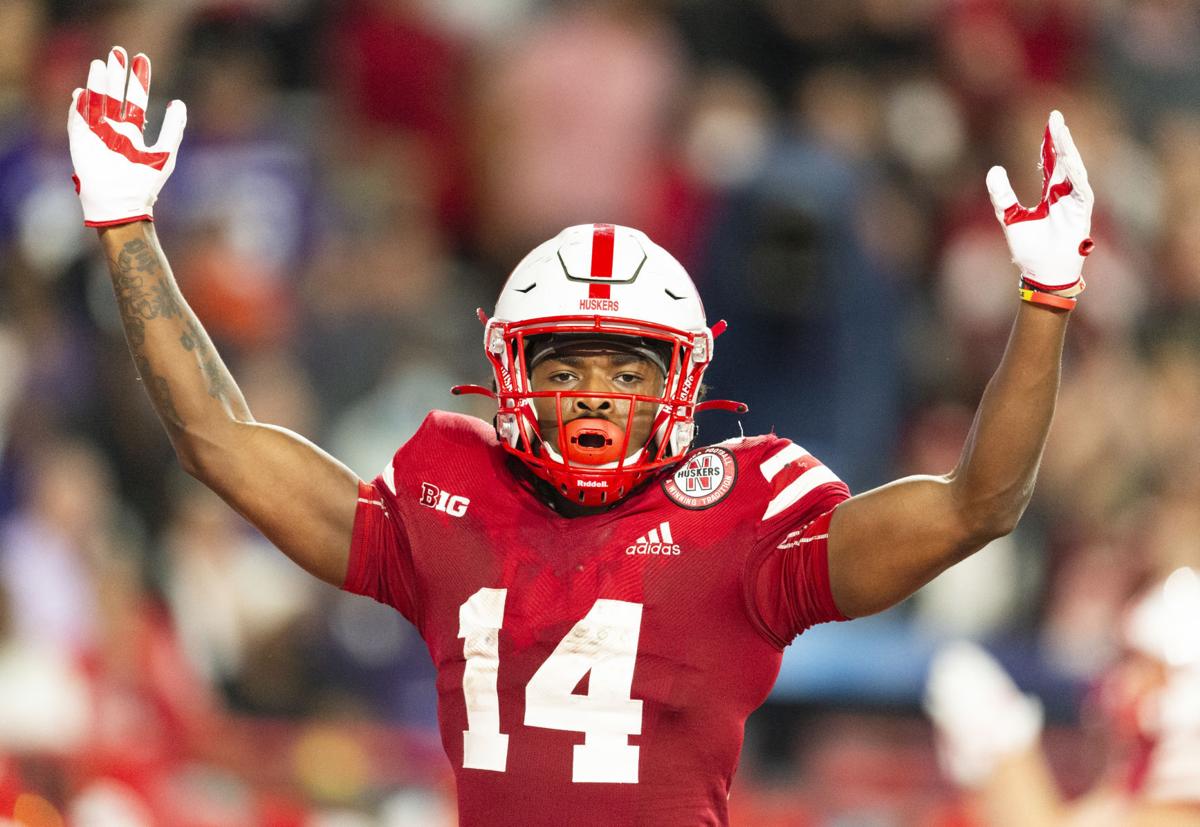 Rahmir Johnson pretty much figured the ball was coming his way.

He’d seen the play in practice a bunch of times and junior quarterback Adrian Martinez always found him.

So the redshirt freshman running back faked the handoff, leaked out to the right and ran a wheel route against Michigan’s defense. He got a step, Martinez put the ball on him and he scooted into the end zone for a 41-yard touchdown.

“I was ready for it. I kind of lost it in the lights, but found it,” Johnson said after the game. “I knew he was going to place it in the right spot, so I’m glad I got that play and scored that touchdown.”

The funny thing about it: By yardage, it was only his second-longest catch of the night, trailing slightly a 43-yard screen pass on the opening play of the night for the Huskers.

The New York native finished NU’s 32-29 loss to the Wolverines with 105 receiving yards on six catches but also ran hard between the tackles against a rugged Michigan defensive front and churned out 67 yards on 17 carries.

The 5-foot-10, 185-pounder isn’t Nebraska’s biggest back by a long shot, but he’s started each of the past four games and in that window has rushed for 259 yards (4.4 per carry) while never getting more than 19 attempts. Add in 169 receiving yards over the same stretch, and Johnson is averaging 107 offensive yards per game since he took over the starting job.